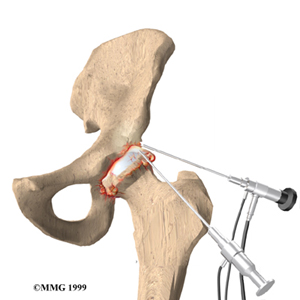 The overriding principal of medicine is First No Harm. When I was in residency training, I rotated for a year through the University of Utah. Incidentally, that was the year I turned 30 and bought myself a Schwinn bicycle 10 speed (orange $110); I started riding 10 miles each way to the Shriners Hospital instead of driving. My mentor used to teach by principles, not preferences. He taught me something that I have followed my entire professional career; never operate inside an adult’s hip joint unless you are going to replace it. The notion of bumpectomy is not new and was a failure in the 30s through the 80s. It was reintroduced via sports medicine and the arthroscopic surgeon. While there is an occasional anecdote of success, where the hip is concerned, I believe the population is being victimized. We are in an era when celebrity and marketing determine too much of the practice of orthopedics, the following article appeared in the New York Times. Space allows for only excerpts.

It is one of the most popular operations in sports medicine. It comes in various forms, all with the same name: Hip impingement or bone shaving surgery. World-renowned athletes have had the operation — the Yankees’ third baseman Alex Rodriguez had it about two years ago and the sprinter Tyson Gay had it last summer.

But some sports medicine researchers are asking: where is the evidence that shaving bone helps? Might the bumps or irregular shapes they call impingement be just normal variations? Does the shaved bone grow back?

And it is not just professional athletes who are having the operation. Now some surgeons are even operating on teenage athletes with hip pain.

The idea is that bone that has rough edges or an irregular shape in the hip is rubbing against soft tissue in the joint, causing tendons to fray or muscles to tear. The hope is that by shaving and smoothing the bone, surgeons can protect patients from further injury and also protect them from developing arthritis. The amount of bone removed varies but can be significant — sometimes, as much as a third of the femoral head and neck.

One difficulty in assessing the operation’s effects is that it is combined with other procedures to repair torn tissue. When patients say they feel better, is that because their impingement was fixed or because their torn tissue was repaired, or both? Another is that it takes years for arthritis to develop so it will take years for studies to determine if it has been prevented.

The combination surgery also complicates efforts to estimate the cost of the operations because it is billed under a variety of codes. The cost is also hard to evaluate because medical centers say that their charges are proprietary information. But at one academic medical center, the orthopedist’s charge for hip impingement surgery is about $4,400. The doctor’s charge to repair torn cartilage is an additional $4,400. Hospital charges are extra, as are charges for the months-long rehabilitation.

Yet despite the popularity of hip impingement surgery, said Dr. Harry E. Rubash of Harvard Medical School, “no one has really proven that it is uniformly helpful to the patient.”

Dr. Freddie H. Fu, chairman of orthopedic surgery at the University of Pittsburgh School of Medicine, said he had sought more evidence. “I challenge these people all the time,” he said. “I’m all for progress in medicine, but I want to do it right.”

But researchers say many questions remain. Among the most pressing is whether the procedure prevents arthritis.