Quarantine and Isolation for Infectious Diseases 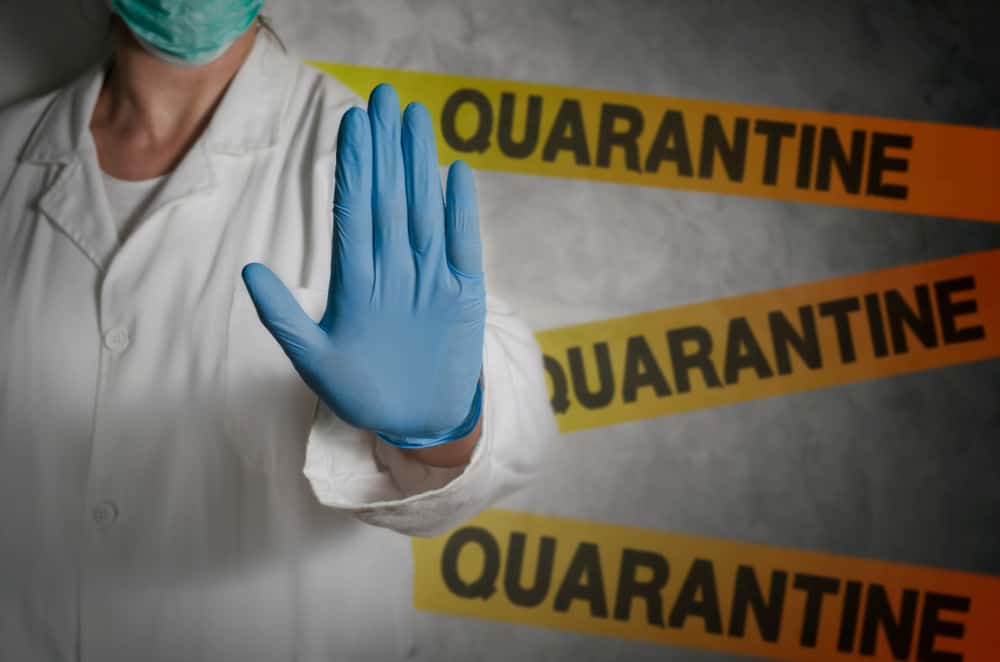 National Library of Medicine Quarantine signs, for scarlet fever and other diseases, were a familiar sight during the first half of the last century.

Last week, my Blog focused on Social Distancing; not for the Coronavirus but that was how we survived the annual Polio Epidemics prior to Salk and Sabin. On Tuesday night, by chance, Public Television devoted an hour to the subject I had featured in my Blog. I have been trying to explain to my children and grandchildren what we are living through is nothing new, we will get through it.  Since our offices are basically shut down for an unknown period, I started leafing through an old photo album and, was reminded.

Quarantine and Isolation for Infectious Diseases

When I was in elementary school I had scarlet fever and was confined to my bed for an entire month. A brightly colored quarantine sign was nailed to our apartment on Division and Kedzie in Humboldt Park, Chicago. This would let everyone in the neighborhood know not to go inside until the sign was removed. My brother and father moved in with my mother’s parents on Western and Potomac, while my mother looked after and nursed me. Incidentally, no television in our home so it was mostly keep looking out the window, listening to radio or coloring and connecting dots.  Since there was no Penicillin for childhood diseases, it seemed as if there was always a sign on someone’s house when I was growing up in the 1940s.

While the Coronavirus may grab more headlines today, in addition to Polio, the best known and most dreaded illness was streptococcal infection leading to  scarlet fever and Rheumatic Heart Disease. Simply hearing the name of these diseases, and knowing that they were present in the community, was enough to strike fear into the hearts of those living in the post war United States and Europe. These diseases, even when not deadly, caused large amounts of suffering to those infected. In the worst cases, all of a family’s children were killed in a matter of a week or two. Indeed, up until early in the 20th century, scarlet fever was a common condition among children. The disease was so common that it was a central part of the popular children’s tale, The Velveteen Rabbit, written by Margery Williams in 1922.

Below are several abstracts from the Journal of The American Medical Association:

The Quarantine, Isolation and Social Distancing worked for me then when penicillin was not yet readily available and Polio vaccine was still in the future. Now we not only have vaccines and antibiotics, we have stem cells.

In my case in the 1940s, I survived but my next complication of preantibiotic Scarlet Fever after the Quarantine were four weeks in the hospital with acute Glomerular Nephritis, a rare complication called Bright’s Disease. I survived that Isolation too and here we are ???? years later, in spite of all.

I will look forward to consulting with you for your arthritic problems in the not too distant future.  Call (847) 390-7666 to schedule an appointment