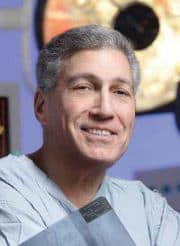 Up until now, I admit that for the most part, everything I have reported about Regenerative Medicine was based on what I had learned at medical meetings  or read in the scientific literature. After all, when a patient sees an orthopedic surgeon, treatment options and informed consent are based on scientific data gathered in academic medical centers and dispersed though continued medical education initiatives. By now the reader familiar with my Blog knows I played a major role for more than three decades in gathering the data which was used around the world to help an orthopedic surgeon advance a treatment modality for a patient with an arthritic hip or knee.  My outcomes observations and scientific teachings and writing still play a major role in the informed orthopedic consent process and orthopedic decision making. Then I retired from surgery; and thereafter, for a time, I became lost in the woods, entered the world of regenerative medicine, and became dependent on others as how to manage a patient with arthritis.

The drought  has ended, I am initiated. Goodbye Rustoleum. My first cohort of patients who have undergone regenerative medical procedures using either Concentrated Stem Cell Plasma or Bone Marrow Aspirated Stem Cell Concentrate are returning for outcome surveillance.  I am now able to share with you some very,very preliminary observations; but they are mine and not those of others. There are not too many orthopedic surgeons who can report about regenerative medicine and arthritis from actual clinical usage; most will tell you “not yet”.

Of the 22 patients treated over the past five weeks, two report some residual discomfort. Those two report marked diminution of the pretreatment arthritic pain. The others call  or respond not because of pain,  but rather  the absence of their chronic pain. No one was prepared for such immediate improvement. Certainly these are exceedingly early observations but I think the initial anxieties of all 22 have been assuaged. No infection, no blood clots, no scars, no worry about surgical revision, no hospitalization, no bridges burned , NO PAIN!!!!!!!!!!!!!!

This cohort  will be studied and followed  as closely as possible to see how each patient responds over the next five years and I will periodically update you with their results. I will report how long the pain is controlled, how their motion improves, how many return to their sought after recreational endeavors and if there is a need for a total joint replacement. Over the next year, I can determine if there is any joint remodeling on X-ray or MRI.
Three are already back to cycling.
Short term anti inflammatory or longer term influence on joint remodeling, time will tell?